The Player refers to the playable character in Stardew Valley. 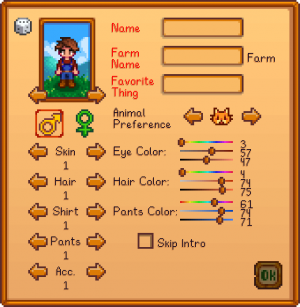 The following options are available at the beginning of a new game: